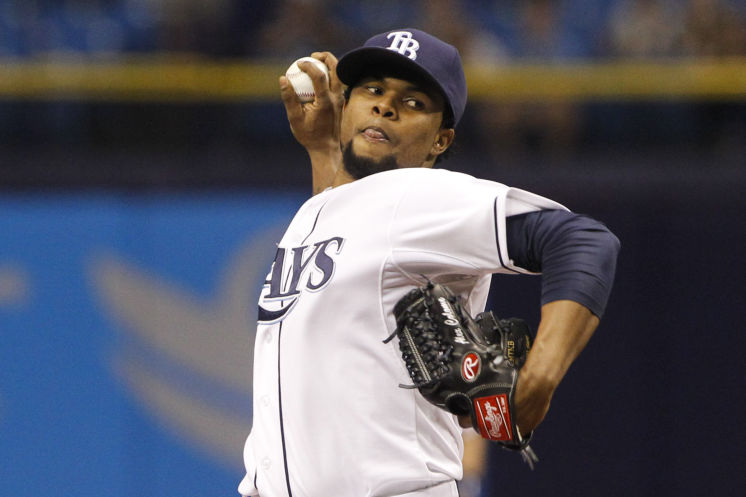 Well that was quick — Brad Boxberger is back on the DL, and it is looking like a 4-8 week stint. Lucky for Alex Colome owners, who you should have still been regardless of Boxberger’s quick return, he will go back to being the closer. He has been an elite one with a 1.23 ERA, and a 11.86 K/9. If he was dropped for some reason in your league, get out there and grab him. He has 13 saves on the year, and will continue to lock down more.

Will Smith returned from the DL a few games ago for the Brewers, and could rival Jeremy Jeffress for some save opportunities. Both are very capable of closing the door at the end of the games, and Smith is worthy of a possible add if you have the space. Back in Spring Training the job wasn’t necessarily won by Jeffress, as Smith had a torn LCL in his knee. Craig Counsell said he feels comfortable with both closing games, which might cause some trouble for fantasy owners. Regardless, both have very solid potential, and can add some decent ratios for your fantasy team.

Hector Rondon has brought on some speculation that his back might be an issue, as Pedro Strop was warming up in the bullpen before Jon Lester eventually closed out the game. He was dealing with a stiff back, and if there is more to this, it is good to know that Strop would be the guy to immediately go out an grab. Strop has a 2.27 FIP and a 12.4 K/9 this season, so that is not a bad backup by any means.

Huston Street made his return from the DL, and threw a perfect inning while picking up the win against Detroit. Street is not going to give you anything other than the occasional save, as he sports a poor 4.1 K/9, and has a 4.39 FIP. He also has an injury history, so be sure to keep close eye on Joe Smith.

Kevin Jepsen continues to be a disaster for the Twins, as yes he threw a nine pitch inning against the Rays, but allowed two earned in the game prior to the Seattle. That series was entertaining as he picked up two saves, and relied upon bad base running to pick up the first. He has an ERA over five, and just a 6.0 K/9. Fernando Abad could be in the waiting soon.

Ah the Reds are my content filler, as Tony Cingrani saw two save opportunites since last time. He recored four saves in the month of May, but allowed a .373 wOBA and had nearly a five ERA. He has a solid 23.1% strikeout rate, but after that there isn’t much to like. Walks are an issue, and the worst bullpen in the bigs doesn’t give you much.

Luke Gregerson had himself a nice stretch there before running into trouble against Arizona, and things might be getting closer to a change. On the Oakland front Ryan Madson and Sean Doolittle will look to be the committee there in saves. Bob Melvin will use them situationally, which is frustrating. We are all losers in this situation, and depending on your league, it might not be worth it.