Huston Street threw a bullpen session and a simulated game this week, and is very much near a return. He will need a few rehab appearances, that go cleanly, before he sends Joe Smith back to the setup role. Smith is still a guy to keep an eye on, just in case Street has a setback, or returns to yet hit the DL again. Street is coming off of a 40 save season, and has posted five saves already this year. 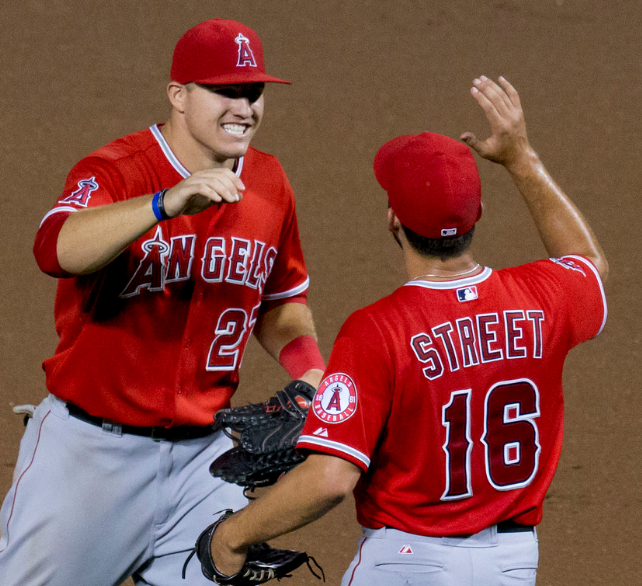 After somewhat positive news for Glen Perkins last time out, he experienced a setback, and was transferred to the 60-day DL. He began playing catch and long toss last week, but discomfort in his shoulder now has him shut down indefinitely. Minnesota isn’t necessarily putting many save situations on the board for their closers, but the save situations that do occur have gone to Kevin Jepsen. The right-hander is coming off of a save against Kansas City, but allowing two earned runs in the outing before. He has an ERA over five this season, with a 5.10 FIP, and a 1.55 WHIP. Jepsen is doing more harm than good right now, so at this rate he is not worth owning. Paul Molitor plans on using Brandon Kintzler and Fernando Abad late in games from now on, given Trevor May hasn’t been much better.

Brad Boxberger had solid outing down in Double-A Montgomery. He allowed one hit over one inning, and struck out a batter. There are possibilities that he can return on Monday, right before the Rays head out on a ten game road trip. He is expected to jump back into the starting closer role, pushing Alex Colome into the setup, who has been tremendous. As mentioned in prior articles, Colome is still a guy to hold onto. If Boxberger is available in your league, go out and snag him at once. If Colome is dropped, the same thing goes for him. Health remains an issue with Boxberger, so having some backup plans is a wise move.

Carson Smith isn’t necessarily a fantasy impact, but a notable name that has gone down. He will miss the rest of the season, having Tommy John Surgery in his right elbow. One thing that is noted here, Clay Buchholz has been demoted to the bullpen, as a long reliever.

An update on the volatile Texas Rangers bullpen is needed. Sam Dyson has taken over, and has completed four of the last five save situations. I am still not a fan of his peripheral stats, but a 71.7% groundball rate is essential for closing doors at the end of games. He has a 1.96 ERA and a 3.13 FIP on the season. If any sort of slip up occurred, Jake Diekman would be next in line.

Your weekly Reds bullpen update continues to be a mess, as Bryan Price is not going to name a definitive closer. They are the worst bullpen in the majors, and this is a situation to really avoid. Tony Cingrani would be the desperate arm if need be.

Steve Cishek returned to his usual self after a few rough outings against the Angels. He has now gone two clean innings in a row, with three strikeouts to tack on. Joaquin Benoit is still a name to keep in the watch list if he runs into another tough stretch.